Our Saturdate at the Disney Live! Mickey’s Music Festival

We had a stupendous time at the Disney Live! Mickey’s Music Festival last September 5. This is certainly one for the books. A family milestone. Our son is a huge fan of Mickey Mouse! He never gets tired of watching the Mickey Mouse Clubhouse episodes. Every. Single. Day. He would be mesmerized by all the characters and he would always giggle with glee at his favorite scenes. He has actually memorized what’s going to happen next in that he would either mimic what Mickey or Goofy would do or look me as if to say “Mommy, look at what’s going to happen next.” I find joy in seeing my son giggle, laugh, jump and dance as he watch his favorite episodes of the Mickey Mouse Clubhouse. That is why when I have learned that the gang will be coming to the Philippines, I prayed incessantly for us to have the opportunity to witness their world-class performance. GOD surprised us big time and our whole family got so excited and we couldn’t wait to watch our son’s favorite Disney characters entertain the Pinoys at the KIA Theatre. Check out our pictures. 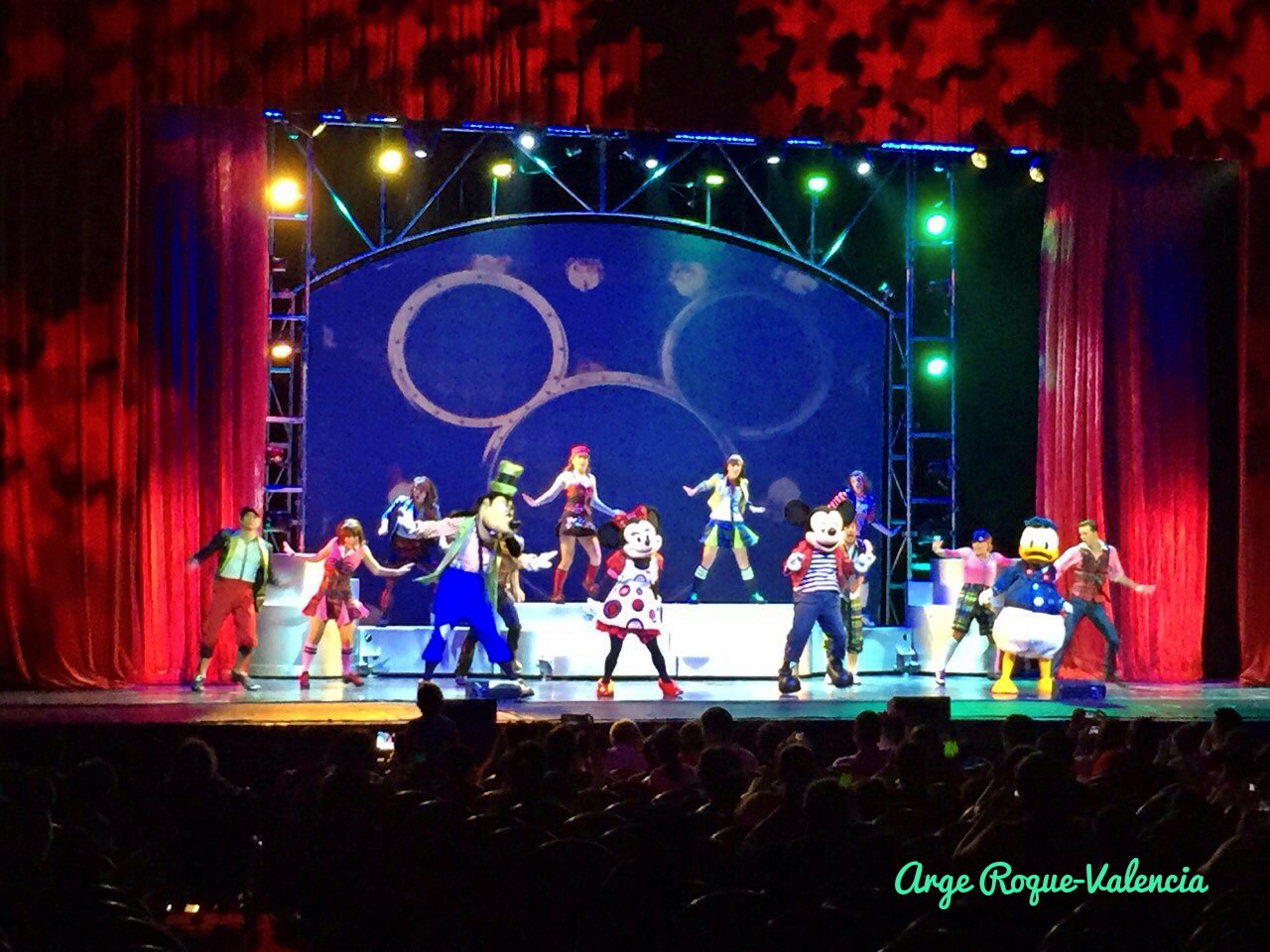 The show was already starting when we got inside the theatre. Goofy, Minnie Mouse, Mickey Mouse and Donald Duck, together with their backup dancers had a fab opening to welcome the audience. I can’t believe that we are seeing these well loved Disney characters again. It made me reminisce our fun memories at the Tokyo Disneyland last year. I missed Daisy Duck, though. She is actually my favorite. I wish that she would get to join the gang next time. 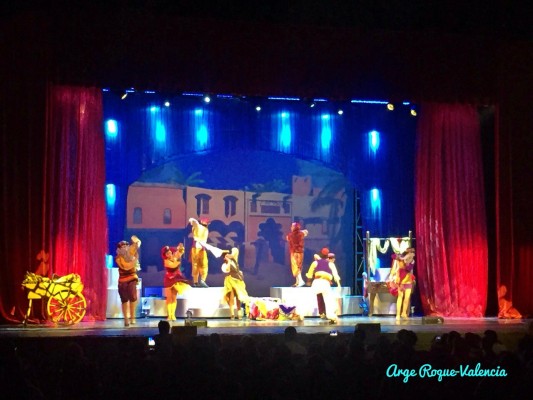 Next up was a performance from the lead characters of Aladdin. My son has not seen that movie yet nor have we read the book about it so we explained to him that the bluish and muscular fellow dancing on stage was Genie. Soon after, Aladdin and Princess Jasmin came out to wow the audience.  At this point, I was a bit nervous because I was expecting that my son, who has never watched a film inside a movie house, would ask us to go out of the theatre. We were so proud of our little boy because he didn’t freak out when the lights went out at the start of the show up until it ended! I actually had to ask him to go outside to check out the sponsors’ booths during the break.I guess that’s how magical the Disney Live it is to him. He got so engrossed at the amazing show even though he was only able to get acquainted with some of the characters during that day. 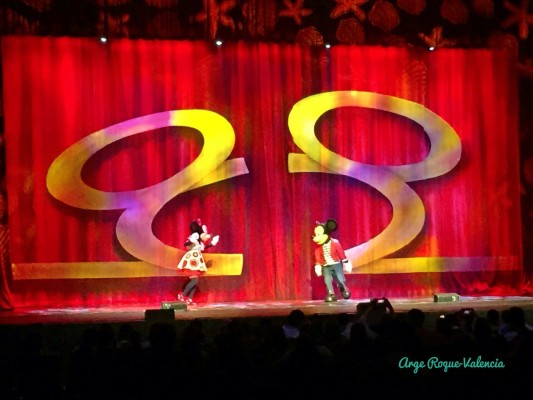 Minnie and Mickey went onstage again to give an introduction of the next act. The whole stage was transformed to give way for the performance of the main characters of the Little Mermaid. Too bad we didn’t have a clear picture of them. Sebastian, Ariel, Prince Eric, Ursula and the mermaids presented the highlights of the story of The Little Mermaid during their act. 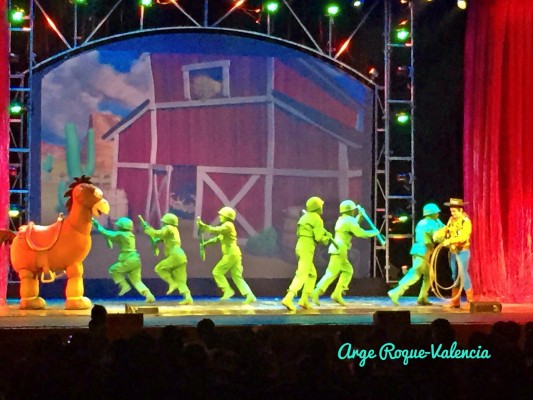 Bullseye, the Green Army Men and Sheriff Woody were getting ready to wow the audience

My favorite part of the show was the last act where the characters of the Toy Story came up and did a skip rope showdown. With the Green Army Men in charge of the ropes, Jessie and Woody did an exhibition and skipped together on two inter-looping ropes. 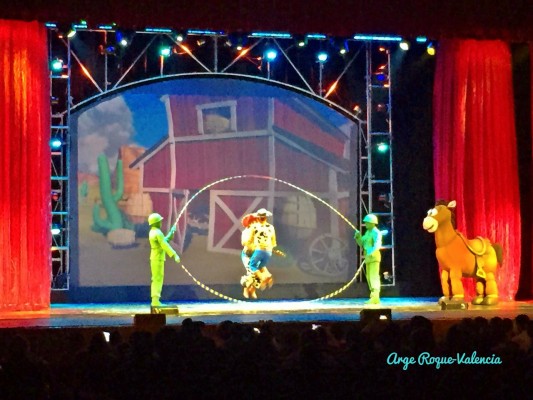 Afterwards, Jessie and Woody gave way for Bullseye to show everyone his hidden talent. Woody’s trusty horse can skip rope, too! 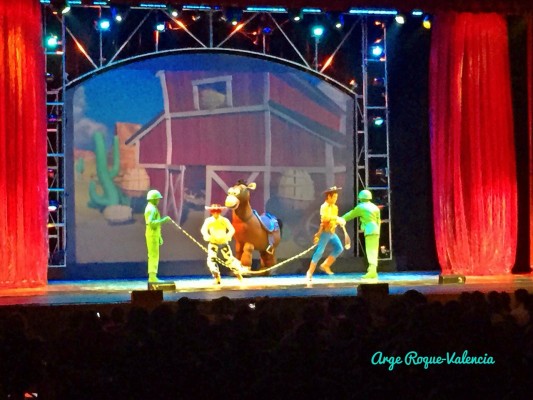 We were so blessed to be at the KIA Theatre that day to watch the Disney Live! Mickey’s Music Festival. It used to be just a dream to watch them perform live here in our country. We hope to see them next year and be entertained with the endearing gang of Mickey Mouse and the Disney characters from our childhood.

A big thanks to the Mommy Bloggers Philippines and the Araneta Center for giving us the opportunity to witness the Disney Live! Mickey’s Music Festival!

Leave a Reply to Cancel Reply